First Flight of the Lockheed U-2 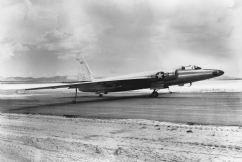 On August 1, 1955, a prototype of the U-2 spy plane sped down a runway at Groom Lake in Nevada, and its massive wings quickly lifted it into the sky.  But that wasn't exactly how it was supposed to go.

No, it was planned for a high-speed taxi test, but Article 341’s highly efficient wings pulled it into the air unexpectedly. The plane's first flight was not scheduled until August 4th.

Lockheed’s test pilot, Tony Levier, was conducting taxi tests in preparation for the planned first flight a few days away, when at 70 knots the U-2 unexpectedly became airborne.  Upon touchdown on the hard-dry lakebed, the U-2’s tires blew out with the brakes catching fire.  A strut was leaking.  The damage was minor, and Tony Levier was back in the air on August 4th.

LeVier said, "I had no intentions whatsoever of flying. I immediately started back toward the ground, but had difficulty determining my height because the lakebed had no markings to judge distance or height. I made contact with the ground in a left bank of approximately 10 degrees.”

Lockheed’s designation for the proposed aircraft was CL-282. Its fuselage essentially came from the XF-104 Starfighter and could be built using the same tooling. The reconnaissance airplane was produced under the code name Operation AQUATONE. 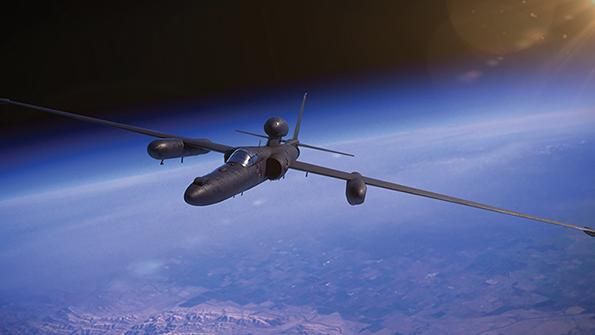 The Lockheed U-2 is a single-seat, single-jet engine aircraft, used for high-altitude intelligence, surveillance, and reconnaissance. Over the last 65 years, the U-2 has been modified, redesigned, and rebuilt.  Today’s U-2 is operational worldwide with GE F118 engine, state of the art sensors, glass cockpits, and a service life that could reach into the 2040’s or more. Since the U-2 is still flying, the exact altitude is classified.  The U-2 flies so high that the pilot must wear a full pressure suit (space suit). Today’s U-2 pilot can only admit to 70,000 feet.

You can act now to help us preserve Cold War History by making a donation to The Cold War Museum® at this link:  DONATE TO YOUR COLD WAR MUSEUM

Menu
Home
About Us
Membership
Store
News
Contact Us